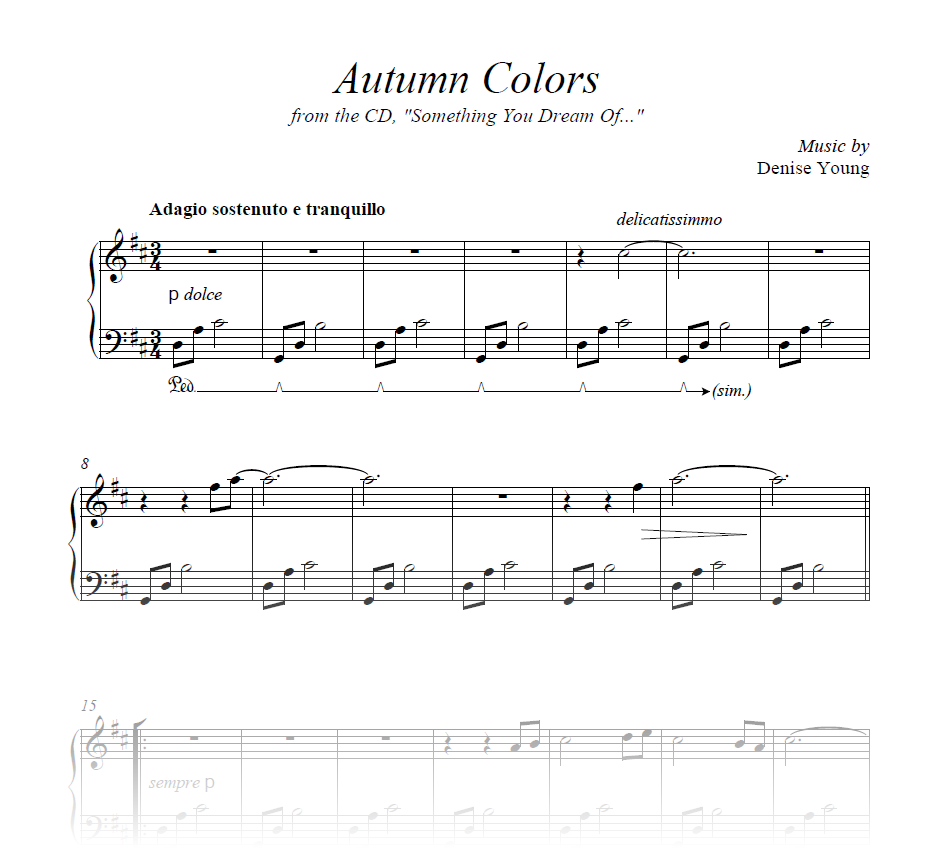 Autumn Colors was originally a short song that became a 9 minute piece after Denise had a studio improvisation and the producers decided to keep most of the improvised material. Autumn Colors served as the film score for an LA film shorts film, "Leave My Flowers Alone" starring actor, John Capodice (Ace Ventura, The Godfather films,...) and acclaimed actress, Jane Crawley.

"Something You Dream Of..." composed, performed and recorded by Denise Young. Produced by Grammy winner Will Ackerman.

Save this product for later

Music that Touches Your Heart

More Sheet Music is Available at: